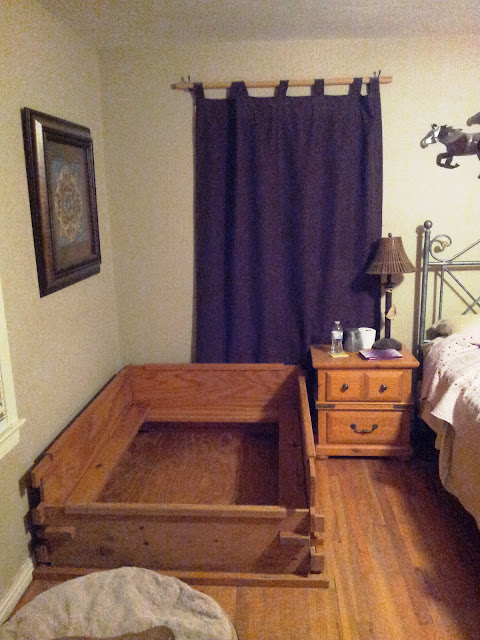 I set up the whelping box yesterday in preparation for Journey's litter, which is due next week.  My whelping box is truly a work of art.  It is nine pieces of  warm, honey stained wood that have been expertly shaped to fit together as a puzzle.  My whelping box is also a legacy.  It was hand crafted by Dirk Zieher for his mother, Waltraut.  I don't really know how many litters of von Stutensee Leonbergers were born in this box, I do know that it is in this box that I saw my first litter of Leo-lettes eight years ago.  That was the O litter.  Osea and Ondra were two of the sleek seal-brown pups that were born into this box, as was my Perfect Mekka, my Sojourner, and Waltraut's Tango, who is now mine.

I also remember very clearly picking up the whelping box from Waltraut's house last August.  She had called me the week before to tell me that she had no hope of surviving the cancer that was eating up her body and wanted me to have her puppy stuff.  She was so matter-of-fact and I wanted to argue with her, to tell her that she shouldn't give up and that she might still have need of these things.  I didn't argue though, and I went to her home to pick up years worth of breeding paraphenalia.  And it felt wrong.  Wrong to go to someone's house that is still very much alive, to hug them and talk to them about the mundane, and then to leave with their things as if they are already dead and gone.  I hated it.

But yesterday, as I cleaned each piece and then slid them into their places so that they would form the box that Journey and her puppies would nest in, I found comfort in the very things that I had resented picking up a few months ago.  And I can't help but wonder if Journey knows or remembers this box from the first few weeks of her life.  I hope she does. 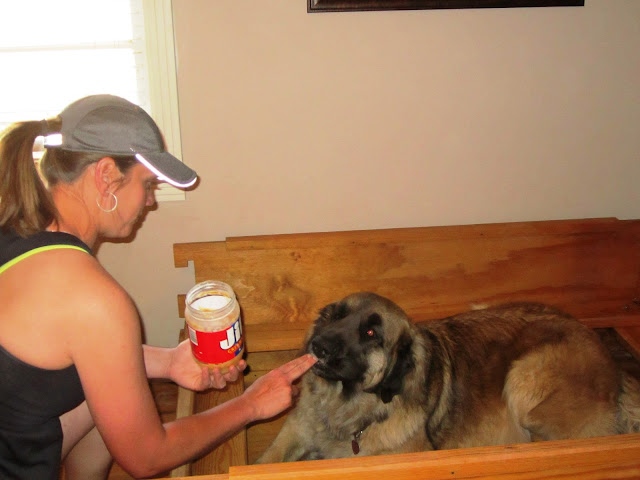 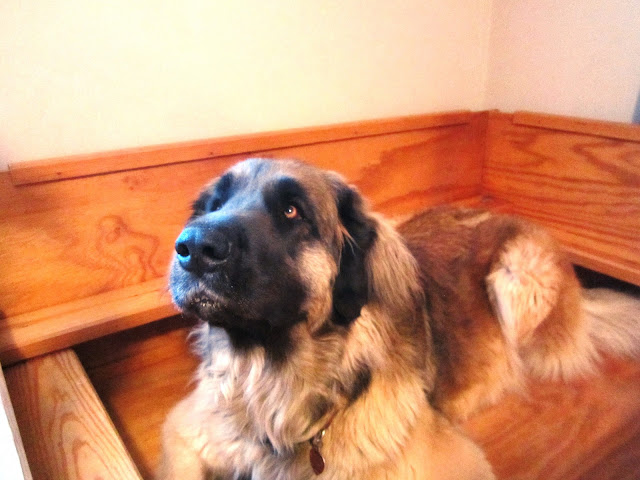